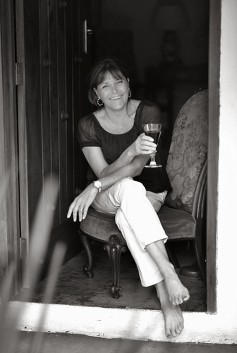 Carol grew up in Zambia and then, moved to London and later New York. She was a student at The Art Student’s League in New York for 2 years where she did figurative drawing and lithography. She also studied design at Parsons School of Design in New York. After 5 years in New York she returned to London where she worked in Old Master Paintings in Piccadilly for two years and then started her own company in decorative painting and Interior design. In 1998 she moved back to Zambia with her husband where she was able to paint full time, for 4 years she lived in Luangwa Valley which is where her inspiration for wild life comes from.

Carol started becoming interested in the printing process and did courses at Artichoke studios in London and also spent time at Heatherley’s art college where she studied sculpture.

Carol has been involved in 21 exhibitions to date and her paintings are now all over the world and in various private Collections.

Carol is presently working towards her next solo exhibition in Lusaka later on this year.